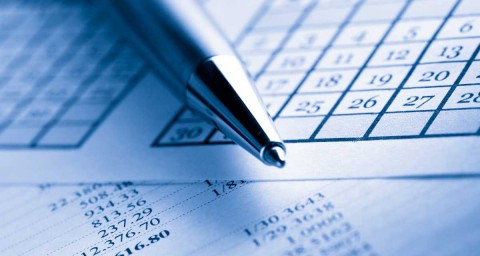 ​It's hard to believe Thanksgiving is already here and the holiday season is about to begin. There's just 6 weeks left in 2014. I'm sure you have a long list of things to do before the end of the year. Preparing your budgets for 2015 may be among them. Here are potential HR items to take into account for the budget.

There are 24 states increasing their minimum wage in 2015. Companies that hire at or near the minimum wage will have to account for wage rate changes in their budgets. In addition to the increased wage rates, companies may also want to develop a strategy to deal with wage compression issues. Wage compression occurs when new employee wages are at or near the wages being paid to existing employees. Tenured employees may expect compensation adjustments if they are now making the same as or not much more than new, entry level employees.

States increasing the minimum wage are as follows:

Keep in mind several states have also planned increases in 2016 and beyond as well. Check your state for the date that increases will go into effect. Source: HR.BLR.COM

Beginning on January 1, 2015, the ACA will apply to companies with 100+ full time employees and full time equivalents (full time equivalents are determined by taking the total number of part time hours worked in a week and dividing by 30). Companies may be subject to steep fines if they do not follow the ACA requirements to include extending coverage to at least 95% of eligible employees, paying for at least 60% of plan coverage costs, and passing the affordability test (coverage costs to employee cannot be more than 9.5 times their annual income). As you may know, the ACA defines full time employees as working 30 or more hours on average per week. For many employers, this will cause many part time employees to be classified as full time for benefit purposes, which could also impact medical costs. 2015 budgets should take into account the expanded healthcare requirements under the ACA. For companies with 50-99 employees, you have 1 more year to get ready for the ACA. It will apply to you in 2016. The ACA does not apply to companies with less than 50 employees. Visit https://www.healthcare.gov/small-businesses/ for more information.

The economy is expected to improve and unemployment continues to inch down. Unemployment fell to 5.8% in October and is down .8 percentage points for the year, representing 1.2 million jobs. While there's room for lots of improvement, continued progress may increase the competition for talent in 2015. This may impact salaries, merit increase amounts, and other strategies to attract and retain quality employees. Companies should anticipate higher payroll and hiring costs due to the improving economic conditions. Source: US DOL Bureau of Labor Statistics.

We wish you and your families a happy and healthy Thanksgiving!