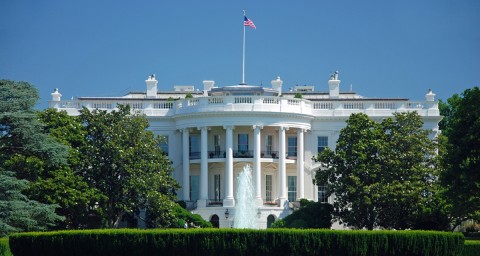 ​With the election of Donald Trump to the presidency, businesses can expect a number of changes that may impact human resources. We looked at Donald Trump's campaign promises and proposals to see which ones will have the most direct and immediate effect on the workplace, if adopted.

While we recognize that campaign promises are just that, here are some areas for companies to watch where changes might occur.

Trump promises to ask Congress to repeal and replace the ACA, known as Obamacare. Within his proposal to replace the current ACA, Trump also promises to eliminate the individual mandate, in which individuals are required to have health insurance or pay penalties. While his official position doesn't address the employer mandate, which requires large employers to offer insurance to all full time employees, there will likely be changes to what types of coverage companies are required to offer. Additionally, Trump proposes to increase competition, access, and transparency among health care insurers and providers with the hopes of bringing down health care costs.

Trump has called for the nationwide use and expansion of the E-Verify system as part of his immigration stance. E-Verify is a web-based system by which employers can validate the eligibility of employees to work in the U.S. Today, most companies are only required to manually check an employee's eligibility by looking at their ID and completing an I-9 form. Under the Trump presidency, employers may need to use the E-Verify system to check the work eligibility of their employees. While companies will be able to do this themselves, expect to see background check and on boarding companies adding this feature to their services and software (for a cost). There will also likely be changes to the work visa programs under Trump.

Childcare at the Workplace

Currently employers can take a tax credit of up to 25% on childcare facility expenditures plus 10% of qualified resource and referral expenditures paid. Trump proposes to raise the cap and provide other tax incentives as a way to further entice employers to offer on-site childcare.

Trump proposes to lower the standard business income tax rate from 35% to 15%, which he hopes enables companies to do more hiring. In addition, he promises incentives for companies that keep jobs in the U.S. and penalties for companies that ship jobs overseas. Overall he predicts that his proposals will generate 25 million new jobs over 10 years.

The perspectives we provide here are based on the proposals issued by Donald Trump, as listed on his website, https://www.donaldjtrump.com, and through his speeches. Which proposals are ultimately made and then adopted are yet to be seen. However, with Republican control of both houses of Congress, we can anticipate changes that will have a significant impact to employers.